Many times you find yourself in a position where you need to pass messages around processes or agents. If you are building a (micro) service-oriented architecture, a message broker or queue becomes a basic building block.

The first option that usually comes to mind is RabbitMQ, which is a great project written in Erlang/OTP with client drivers in dozens of languages. But it is also a pretty big guy for situations where you want a dead simple solution. Other times, you see some folks using Redis as a lightweight solution, but as you soon find out, it was not really created for that purpose, although many people create libraries and wrappers to make it look like so.

I’d like to give beanstalkd the attention it deserves. It is an ultra lightweight message broker written in C, with client drivers in a bunch of languages and a concise API. It also features a brief TXT protocol in plain English, which is very digestible. Running beanstalkd is a make away:

The life cycle of a job is very straightforward, and queues in beanstalkd are called tubes:

Jobs can be any string, a serialized JSON or XML that makes sense to your application’s universe. Most times, I end up using JSON because they are easily mapped to first class structures on different languages.

At IDXP, we rely on Ruby’s rich web ecosystem and BDD library RSpec to build our web facing API, but all the data science backed calculations are performed using Python, given its powerful and throughly tested scientific libraries.

On this tutorial, our sample use case will consist of an “expensive” calculation being “requested” in Ruby and “answered” in Python. Our task will be to identify hand written digits using Support Vector Machines, which are already implemented in Python thanks to scikit-learn.

For example, the hand written digit 4 below, can be represented by a 8x8 matrix with numbers ranging from 0 to 15 in a grey scale. 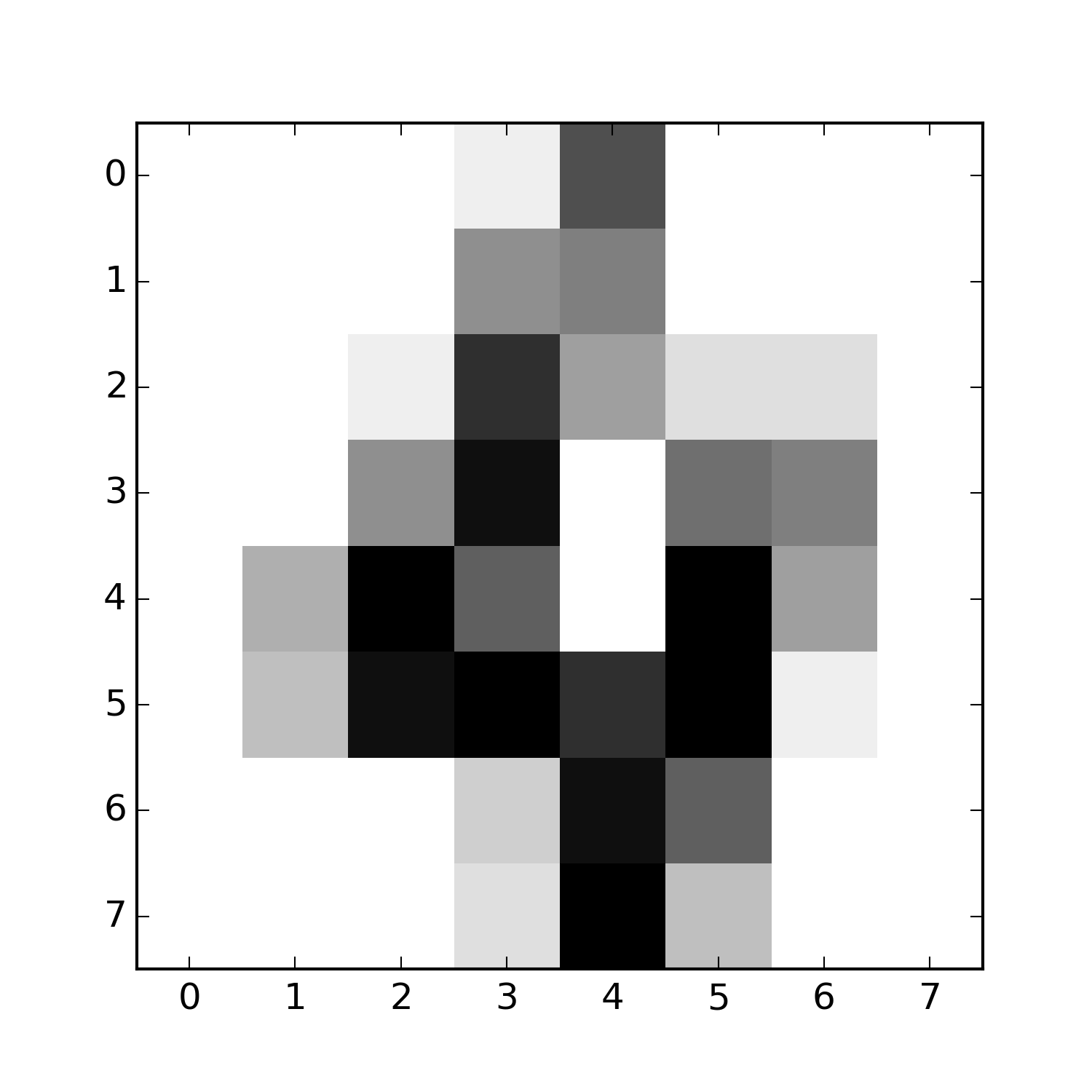 Given a large enough sample of those hand written images and matrices, with their corresponding intended value, we can use this information to train a SVM model that can be used to identify new images. Such dataset exists and is part of the scikit-learn datasets. In our use case, these new images will be scanned in Ruby, maybe because we want it as part of a Rails application.

Here’s the Python code. Notice how we are using all but the last digit on the training set to fit our classifier. This last “image” will be manually sent from ruby.

And here is the Ruby code:

To run both programs, first leave beanstalkd running on the background, then the python script. Finally, run the ruby script to get the answer from the last image of the digit dataset: 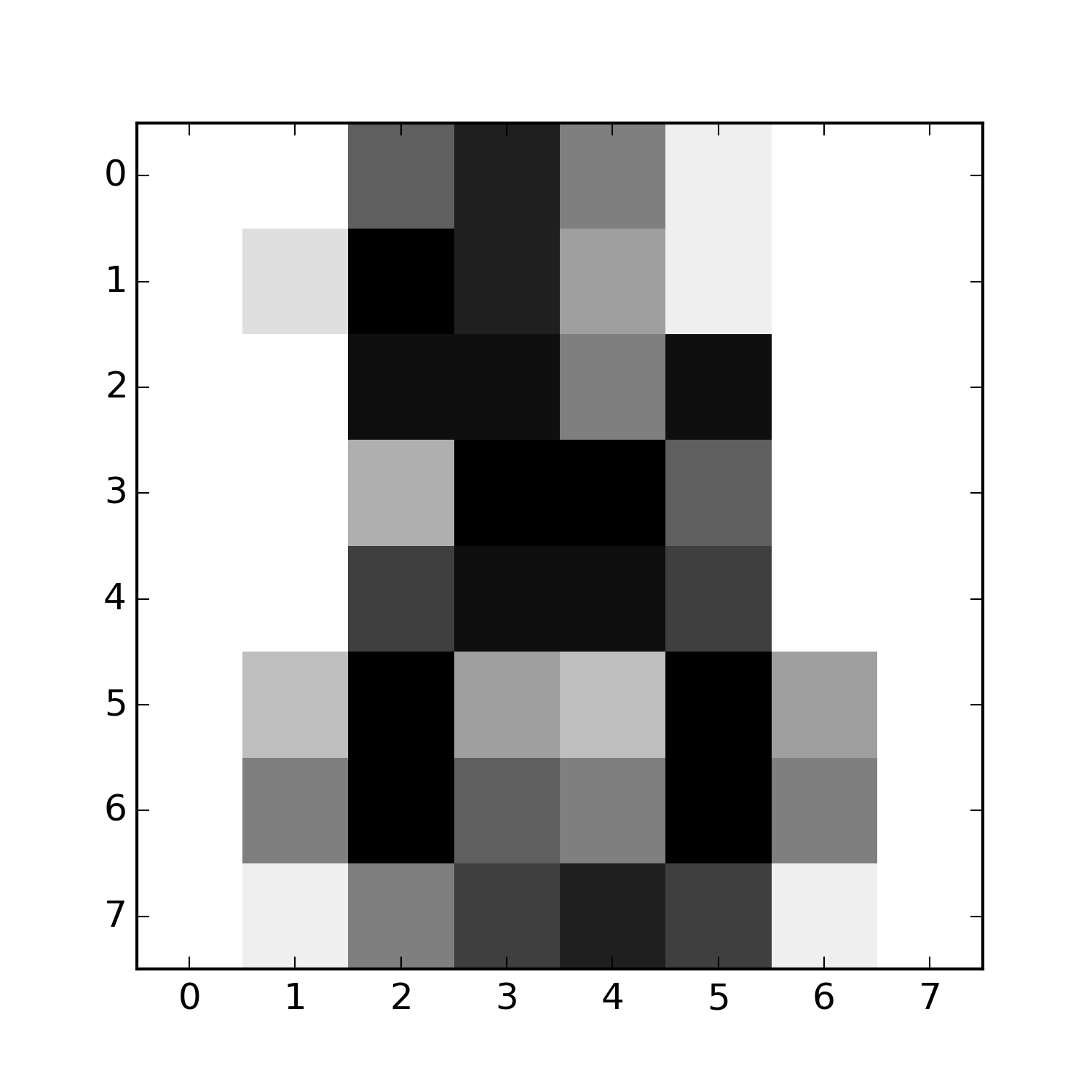 Beanstalkd jobs reside in memory and are not persisted by default, so any pending jobs are lost if you shut it down. To turn persistance on, use the -b flag:

Another useful flag is -z which lets you choose the maximum job size in BYTES. And, of course, -h:

The first time I used beanstalkd was in 2011, during my brief work at DeskMetrics where it was used to process hundreds of data points every second. Since then, it became an integral part of my toolset, having used it on Como nos Sentimos to pass tweets around processes of sentiment identification and geolocation, and as I’ve mentioned, at IDXP. I haven’t seen it hang up or crash a single time, only a stable API throughout the last five years.