Close to the buzzy streets of Jaffa is OCD, a single room where chef Raz Rahav and his team meticulously prepare the season changing tasting menu to an audience of 20 guests. Guests sit around a bar-style counter, in a concept similar to London’s Kitchen Table 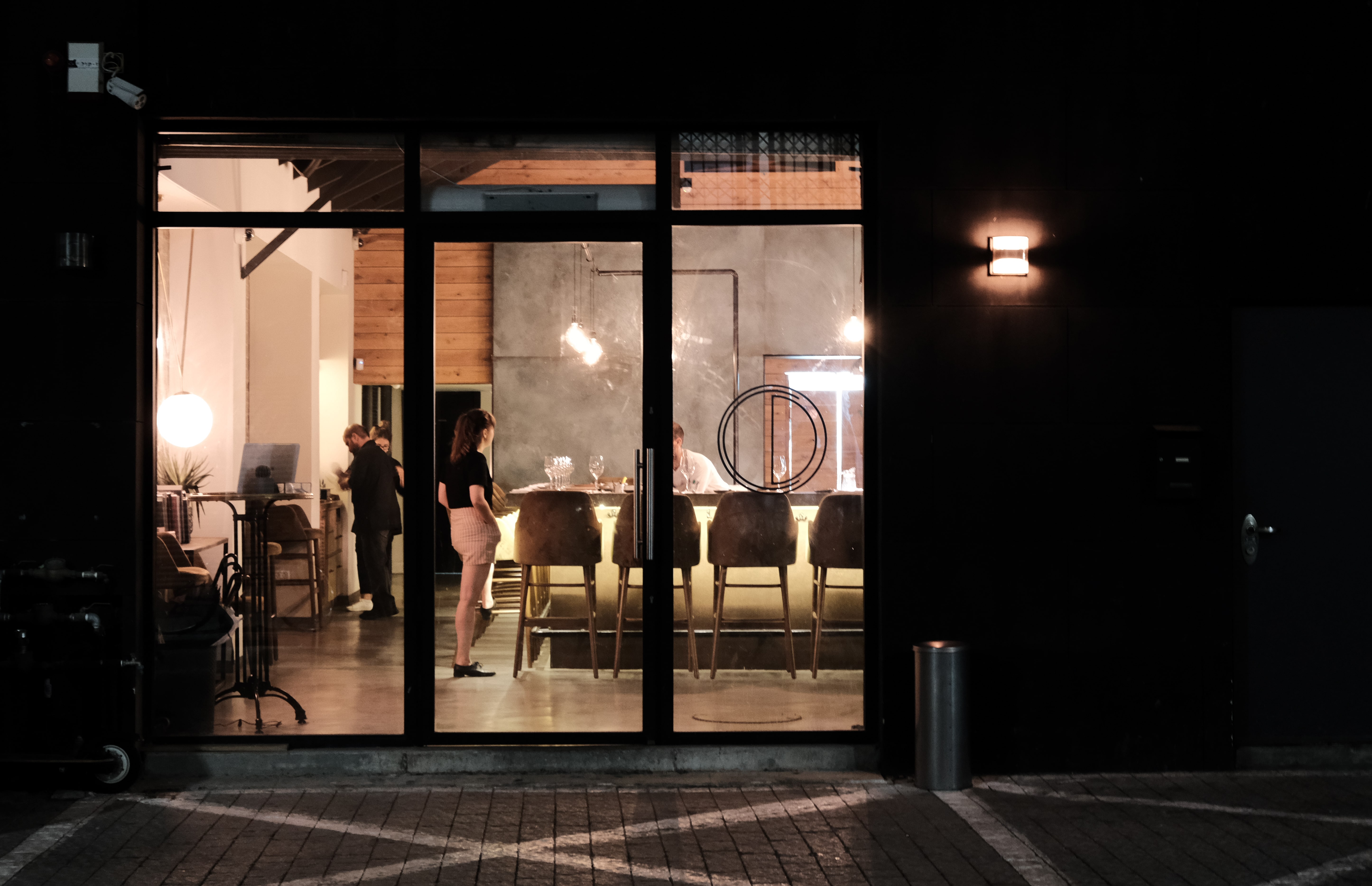 We were the first guests to arrive and were sat in the leftmost corner of the bar - this allowed us to be very close to the action and be served by Raz himself for the main courses. We were immediately served a refreshing gin and tonic granita with peanuts. We opted for the Yarden Blanc de Blancs, which I hadn’t tried yet on my trip. It paired well with the snacks that were served while the remainder of the guests were still arriving: beef tartare, carrot crisps, asparagus tartlet, chickpea panisse and mini sandwiches made from dehydrated carrot juice 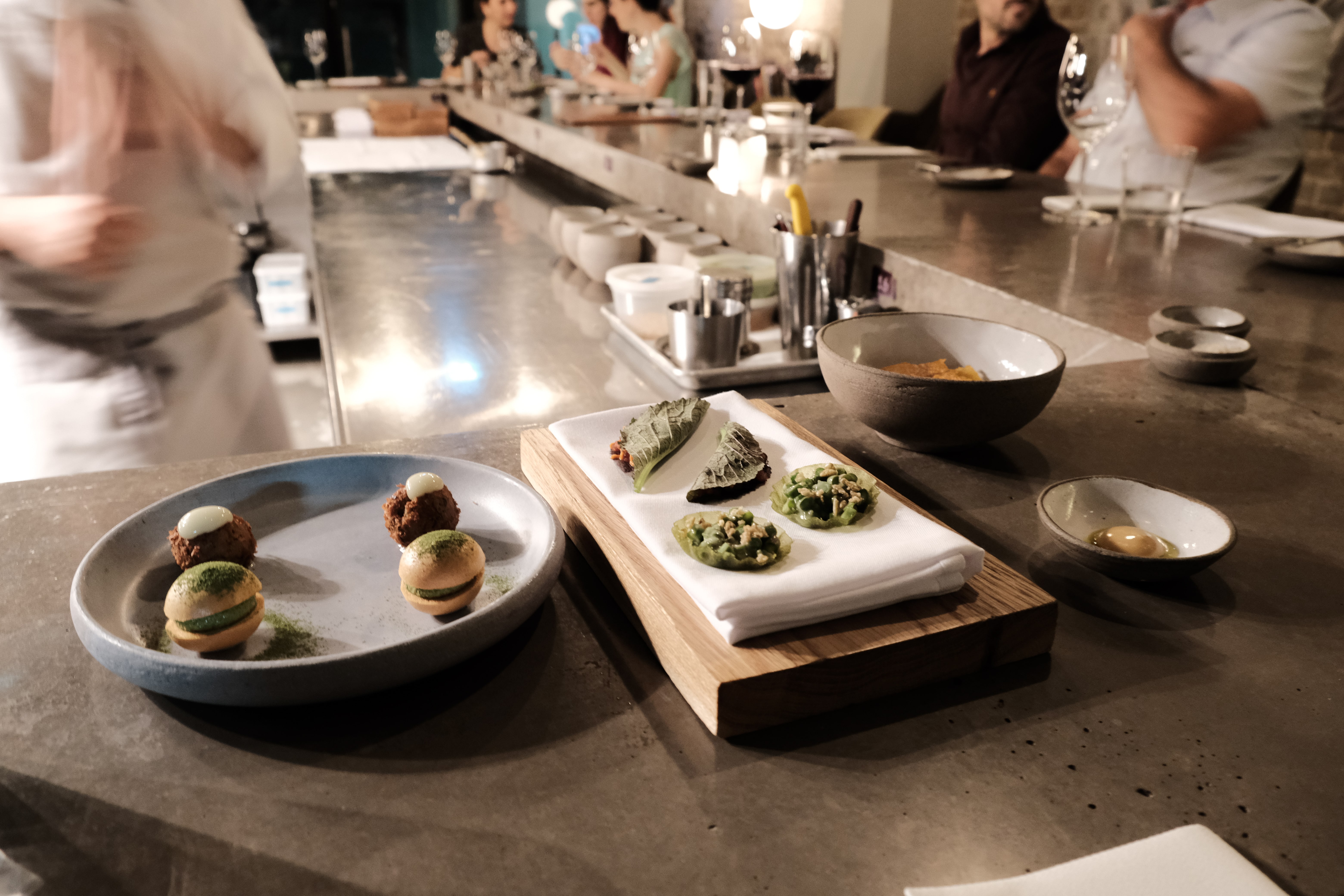 Service was outstanding throughout the evening, with every member of staff greeting us at some point and food restrictions being acknowledged when needed. The restaurant also serves Acqua Panna mineral still and sparkling free of charge - a big plus in my books.

Moving on, we had yellow tail sashimi served with raspberry, tomato and edible flower. The texture and depth of flavor of the fish were impressive and my friend remarked it as being the best raw fish he had ever eaten 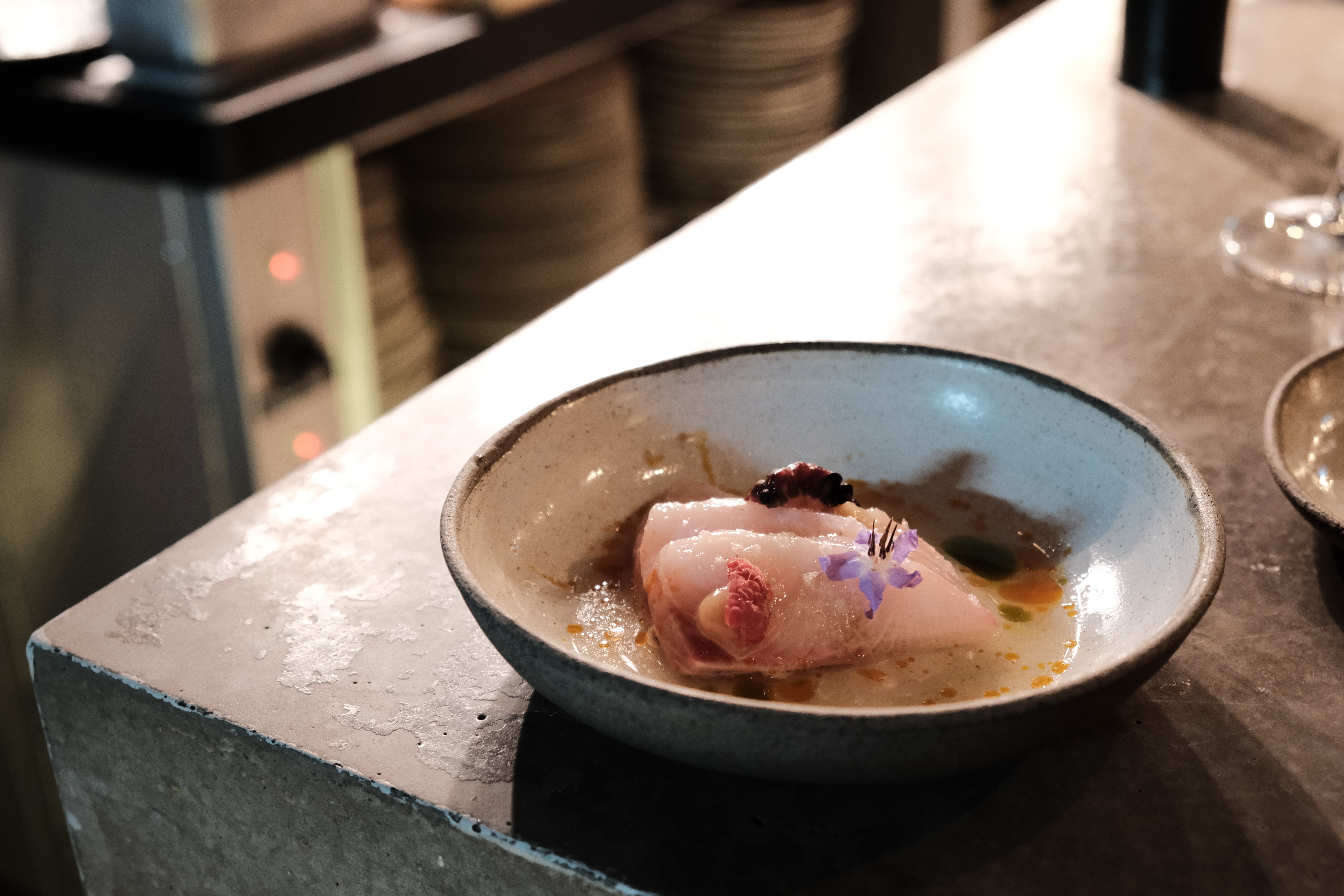 Followed by the fish, were the outstanding Parkerhouse Rolls served with whipped tomato cream - I tried saving some for the courses to come, but it was far too good. Over the next hour, we would observe the rigorous precision, from presentation to technique and timing, of Raz and his team prepare the next three main courses. A Chateau Golan red seemed appropriate 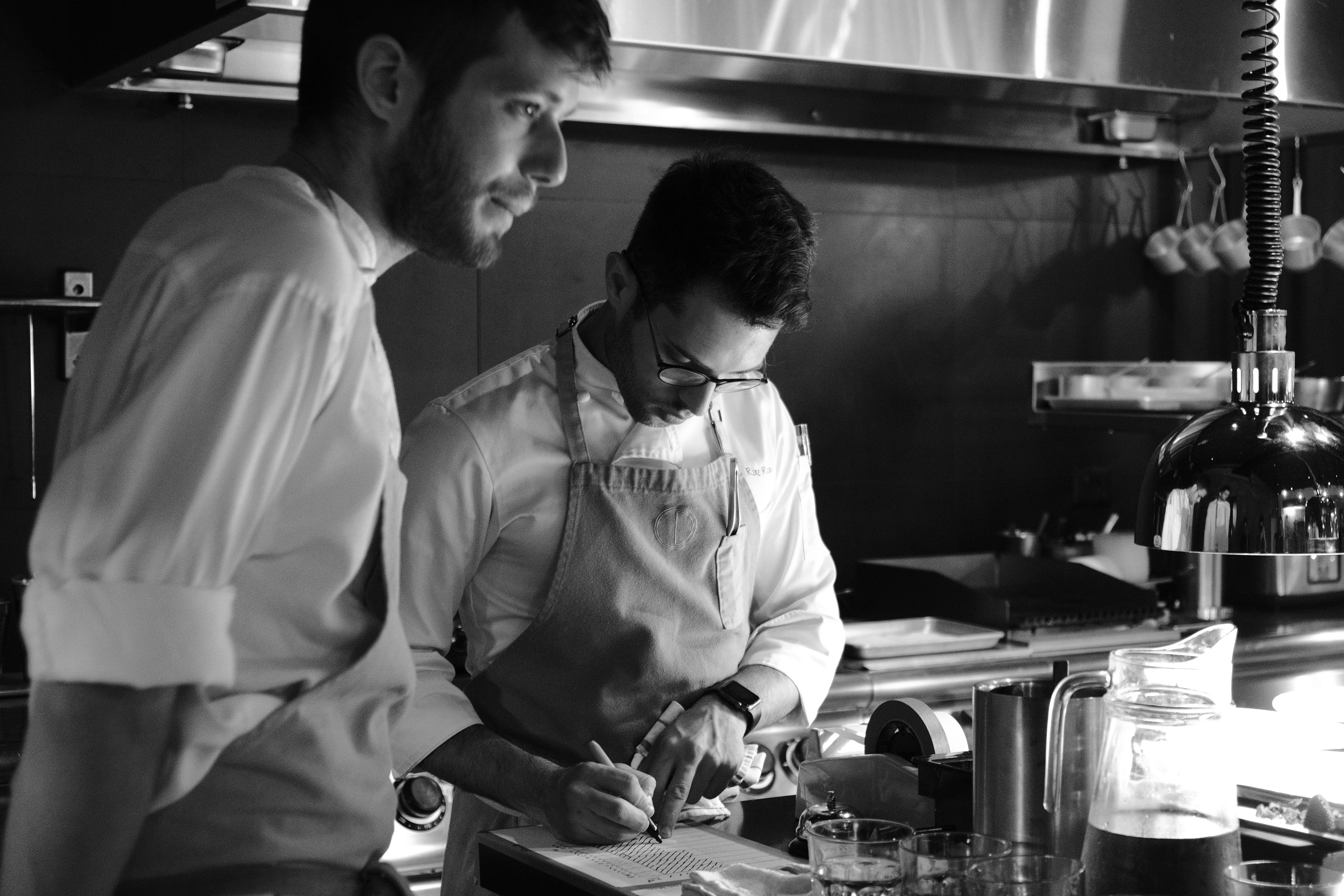 After the artichoke gnudi and the grilled grouper with aspargus, the main stars of the night - local ducks - left the oven and were carved up in two dishes: the magret, rare with a crispy skin, sliced and served with walnuts; and the confit prepared as a rillette. Both were fantastic, but the subtleness of the rillette might have been the highlight of the night 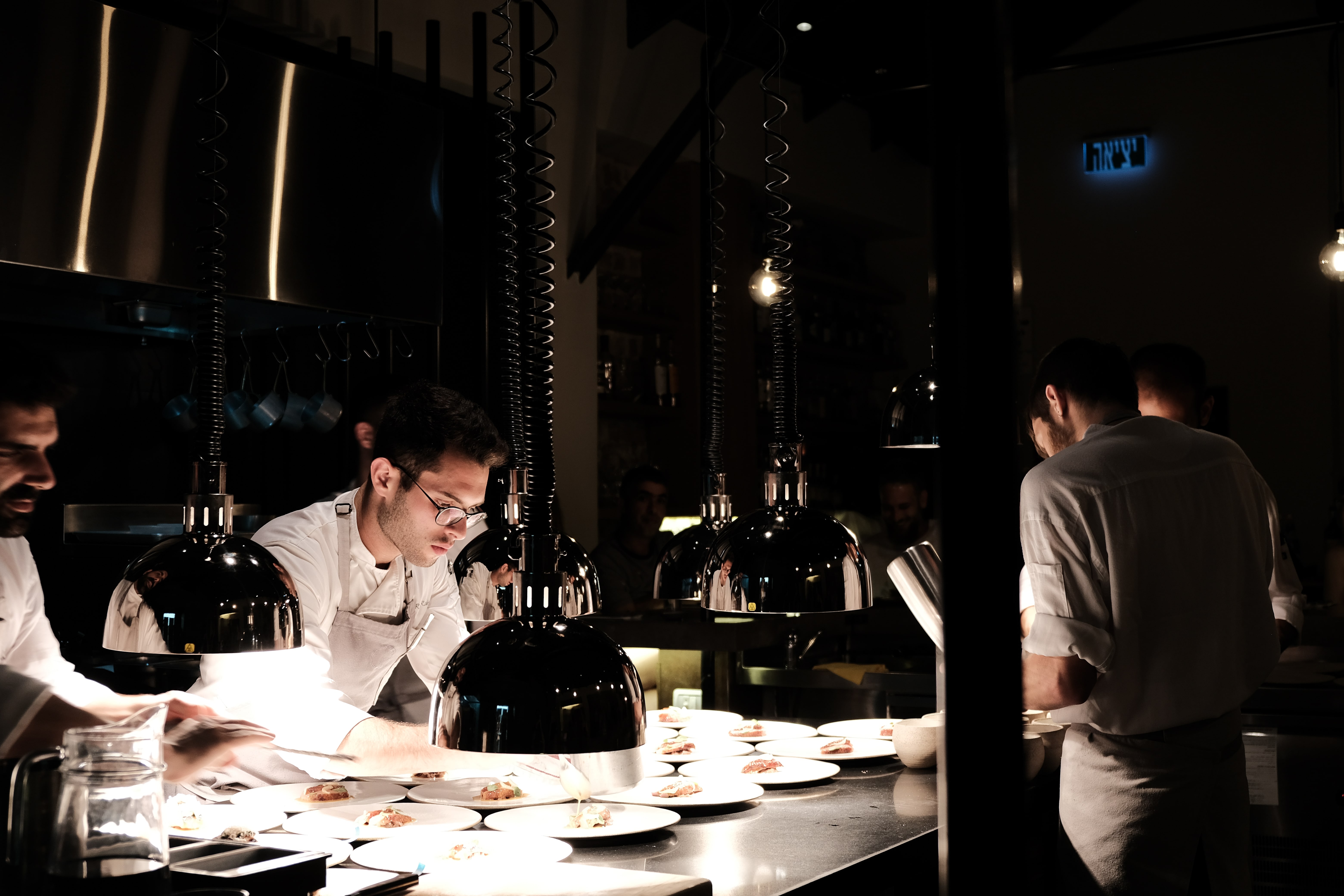 In the interlude to the dessert courses, aged goat cheese was served. The restaurant uses local ingredients only - which reminded me of Domestic in Aarhus 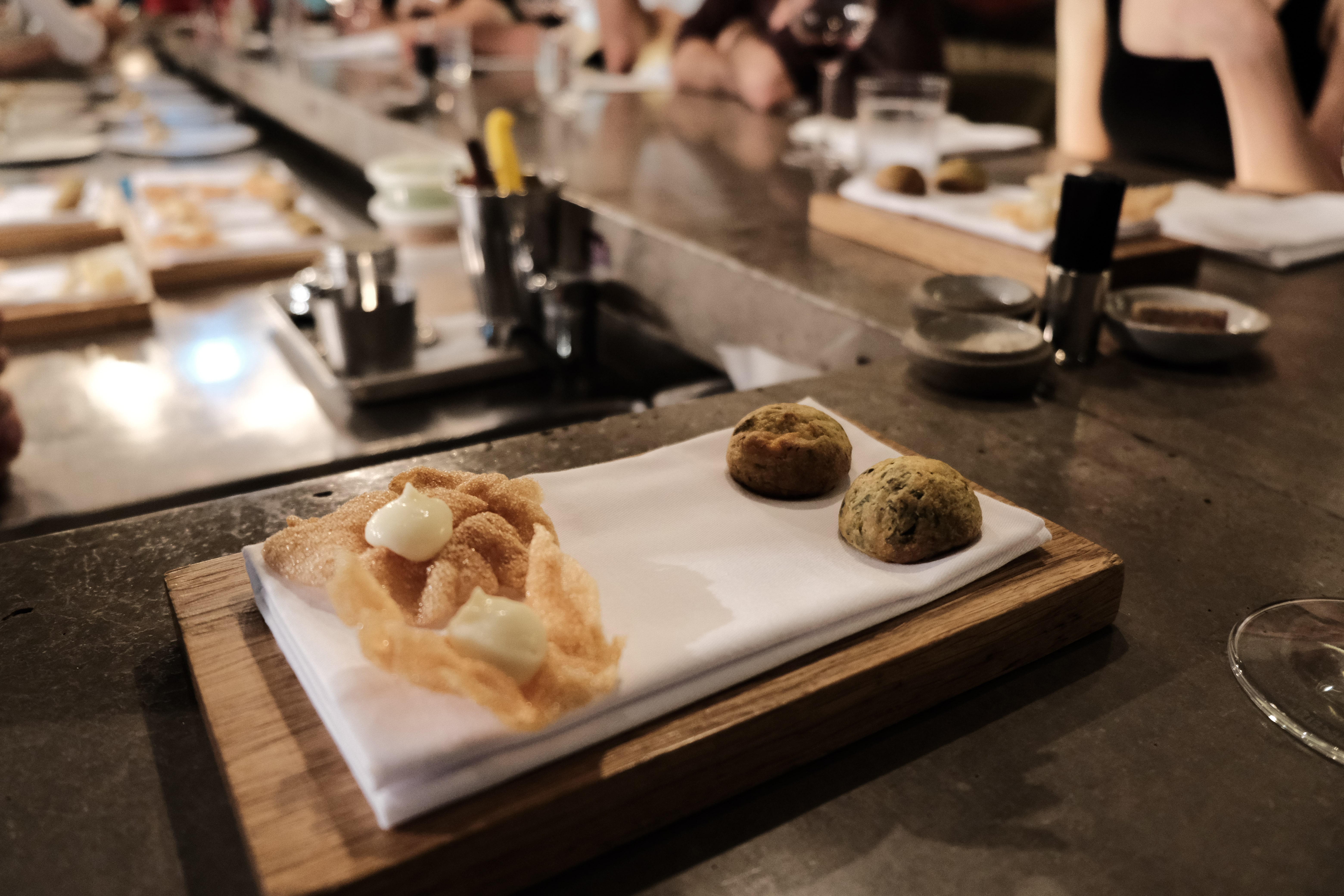 For the sweet courses, those local ingredients were combined into one of the best dessert courses I’ve had in a restaurant: artichoke, lemon and cardamom. They were followed by a cloud dense fennel parfait 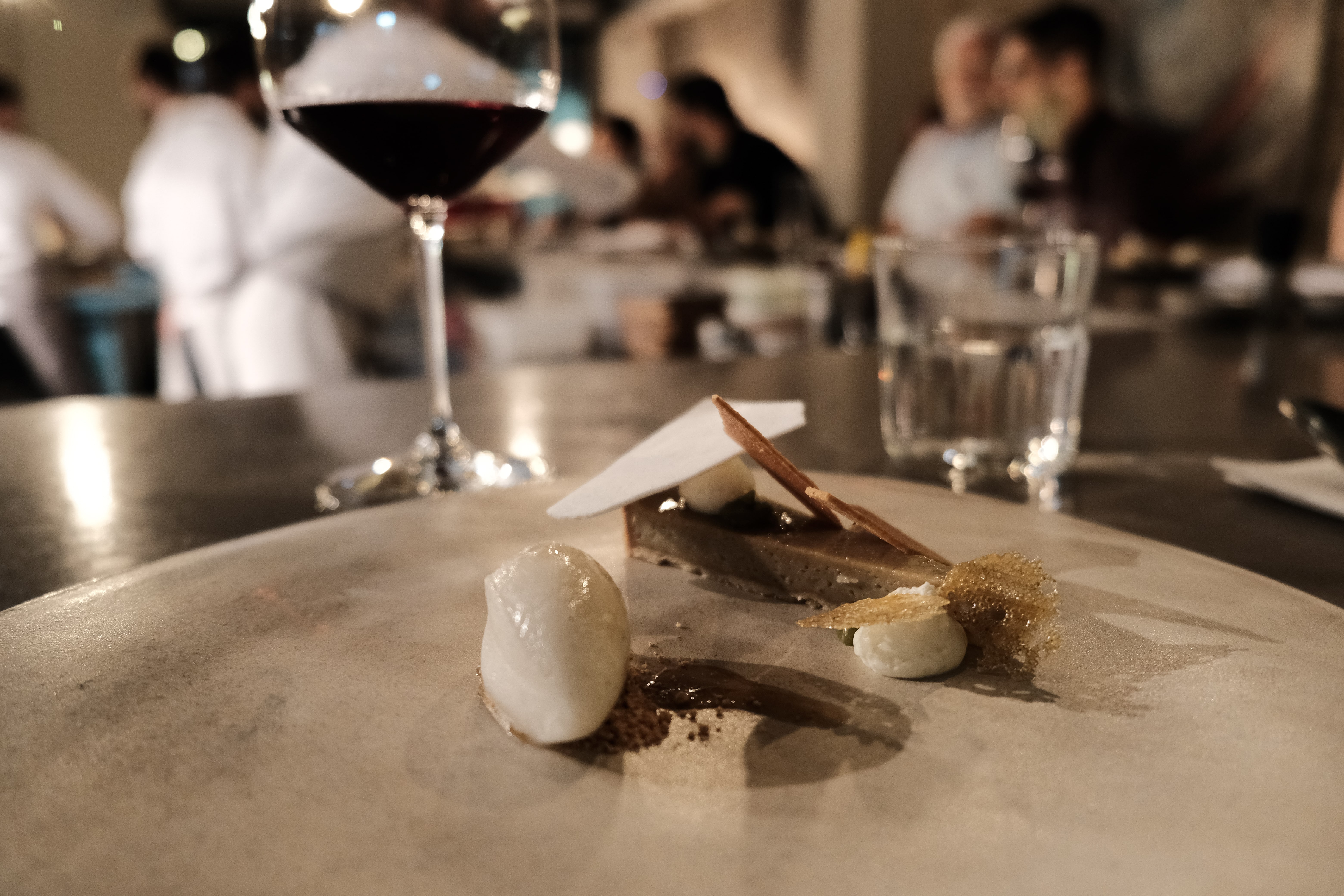 As my friend and I recollected the past two and half hours, we acknowledged the perfection of both timing and quantity in the restaurant’s tasting menu. OCD’s simple and modern decor extends to the toilets, which are equipped with locally produced amenities 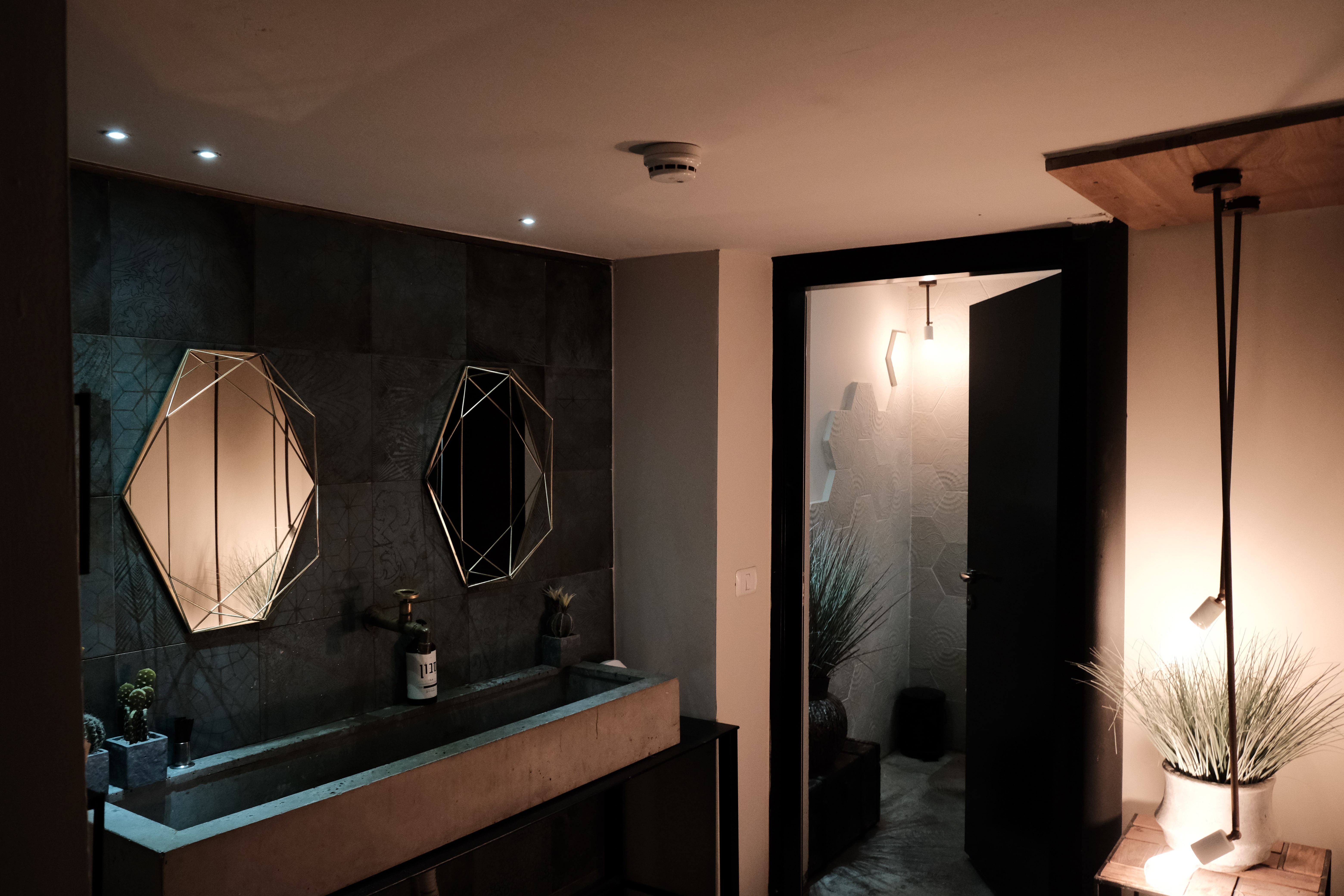